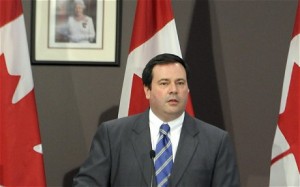 In order to deal with a backlog of over 160,000 people, the Canadian government has announced it will not accept permanent residency applications for sponsored parents or grandparents for the next two years

At present, there are more than 165,000 parents or grandparents of Canadian residents who are waiting to find out if their applications for a permanent visa have been accepted.

Under Canada’s “family reunification” scheme, around 15,000 sponsored parents or grandparents are allowed entry into the country each year, but the Citizenship and Immigration Department (CIC) is annually swamped with more than twice that number of applications. Consequently, the average time for an application to be processed now stands at more than seven years.

“Wait times for Family Class sponsorship applications for parents and grandparents now exceed seven years, and without taking action, those times will continue to grow, and that is unacceptable,” said Jason Kenney, the minister for citizenship, immigration and multiculturalism. “Action must be taken to cut the backlog, reduce the wait times, and ensure that the parents and grandparents program is sustainable over the long run.”

During the hiatus, the CIC aims to boost the amount of parents and grandparents admitted – in 2012 alone, it envisages the number will increase by over 60 per cent to 25,000 – and will launch a consultation into how best to reform the current system.

In order to appease the thousands of anxious individuals waiting to be reunited with their families, a new type of visa is also to be introduced, which will allow people to pay extensive visits to the country. Called the “Parent and Grandparent Super Visa”, it allows parents and grandparents to stay in Canada for up to two years at a time, and will supposedly be issued within eight weeks of an application.

Successful applicants, will however, have to meet certain requirements, including demonstrating that they have purchased private medical insurance, and that they have a “written commitment of financial support from a child or grandchild in Canada who meets a minimum income threshold.”

In a statement, the Chinese National Canadian Council , an organisation which represents the Chinese community in Canada, said it was pleased grandparent and parent numbers would be increased next year, but expressed fears the new visa would be an “inadequate replacement for permanant resident status”.

“We could end up with two-tiered status families in Canada so perhaps there should be a mechanism to land (permanent resident status) after a number of years of residency,” said Victor Wong, the council’s executive director.