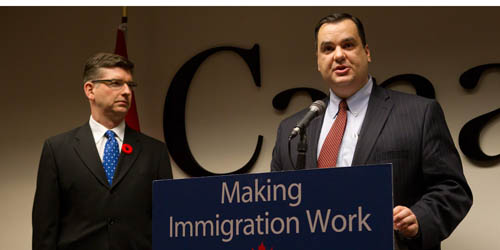 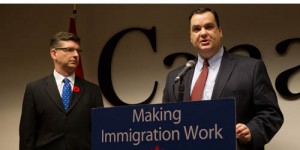 On June 30, 2011, after a public consultation process, the ICCRC was designated, by regulation, as the new regulator of immigration consultants, replacing CSIC. These regulations also state that all CSIC members who were members in good standing on June 30 are now deemed to be members of the new governing body, the ICCRC, until October 28, 2011. During this 120-day transition period, these CSIC members are not required to pay fees to the ICCRC, which will provide them with ample time to register with the new regulator.

CSIC has filed an application before the Federal Court for a judicial review of the decision to designate the ICCRC as the regulator of immigration consultants and this hearing will be held in October. In the meantime, Minister Kenney urges CSIC to in no way hinder the ICCRC’s work.

Under IRPA, membership in CSIC is no longer required for individuals wishing to practise as immigration consultants under federal jurisdiction. The ICCRC, as the new governing body, is able to determine whether an individual, other than someone who was a member in good standing of CSIC as of June 30, 2011, may become a member of the ICCRC. If CSIC members are uncertain of their status, Citizenship and Immigration Canada (CIC) encourages them to contact the ICCRC.

Minister Kenney also took the opportunity to remind CSIC that it would be in the public interest for this organization to act in good faith and transfer all relevant documents to the ICCRC, including all previous, outstanding and ongoing complaints and discipline matters related to their membership.

The ICCRC has information on its website for immigration consultants about how to register with them. You may visit its website at www.iccrc-crcic.ca, call 1‑877‑836‑7543 or send an e-mail to info@iccrc-crcic.ca.