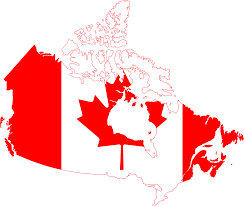 The Government of Canada announced on 29 March 2012 a plan to reduce the backlog of Federal Skilled Worker (FSW) applications by returning all applications and government fees submitted prior to 27 February 2008. This will amount to a total of almost 300,000 returned applications, as well as approximately $130 million in refunded government processing fees.
This decision has been reached as part of a larger effort by Citizenship and Immigration Canada (CIC) to “transition to a faster and more flexible economic immigration system”. Approximately 160,000 FSW applications, submitted after 28 February 2008, will remain in queue for processing.

Stay tuned for a special edition of CIC News later tonight, which will elaborate on the announcement, its rationale, and options for returned applicants who wish to continue efforts to come to Canada.

This information is for general purposes only and does not purport to be comprehensive or to provide legal advice. Whilst every effort is made to ensure the information and law is current as of the date of publication it should be stressed that, due to the passage of time, this does not necessarily reflect the present legal position. Go Canada Visas accepts no responsibility for loss which may arise from accessing or reliance on information contained in this blog. For formal advice on the current law please don’t hesitate to contact Go Canada Visas. Legal advice is only provided pursuant to a written agreement, identified as such, and signed by the client and by or on behalf of Go Canada Visas.